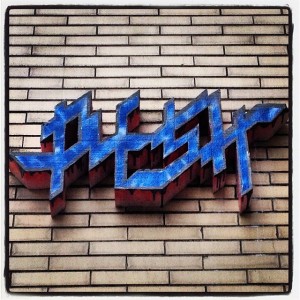 About artistry and rules… – Make your own!

Music theory has so many rules. It’s mathematics of sound and frequency.
Different systems of sounds that are used together in certain cultural contexts over centuries. -> Scales.

There are artists who are breaking all the „rules“ and still get away with it to the top.
Bill Withers, James Brown, Jimi Hendrix, P-Funk, Prince, Sly Stone, Public Enemy and many others…
They knew about scales. They knew about rules in the business. They were playing according to the rules up the the point they felt that they reached that pole position and then the smash the rules and still ruled.

Punk never submitted to any rule, Punk submitted later to the system and died, others are saying it transformed into something else. I think that is wrong, it died because it adjusted to the system.

MC5 never effin adjusted. Even under threat of being jailed, they didn’t comply. „Kick out the jams, Motherfucker“. It was forbidden by law to use the MF term in public on stage. It got them in jail. Nonetheless they kept repeating it. And today they are considered being the foundation to what is called Cross – Over, Punk, Stoner Rock…you name it.

So there is always a way to express yourself within that very limiting system.
You can do what you like. And it might even get you further than being nice on TV in some AI show.

Show that you have a backbone. Stick to your story and be yourself.

If you want to blend in, you will fall out. Amazing has never been being on par with your peers.

This website uses cookies to improve your experience while you navigate through the website. Out of these, the cookies that are categorized as necessary are stored on your browser as they are essential for the working of basic functionalities of the website. We also use third-party cookies that help us analyze and understand how you use this website. These cookies will be stored in your browser only with your consent. You also have the option to opt-out of these cookies. But opting out of some of these cookies may affect your browsing experience.
Necessary immer aktiv

Any cookies that may not be particularly necessary for the website to function and is used specifically to collect user personal data via analytics, ads, other embedded contents are termed as non-necessary cookies. It is mandatory to procure user consent prior to running these cookies on your website.